Condoms are probably the most common and widely used sex toy, and they are quite well known.

If you’ve ever had sex, you’ve probably used one at least once, haven’t you?

How much do you understand the purpose of condoms and how to use them?

In this article, we will explain not only the types of condoms and their purposes, but also what to consider when choosing condoms and how to use them.

This is information that everyone should know about, regardless of whether you are interested in them or not. Please read this through to the end.

What is a condom?

Condoms are a type of medical expendables, which is a thin cover made of natural rubber or urethane.

It is attached to the penis. There are also condoms for women, which are inserted into the vagina by the woman.

Condoms are known around the world as a contraceptive because they prevent semen from flowing into the vagina when ejaculated during sex.

They are readily available in convenience stores and pharmacies around town, and inexpensive condoms can be purchased for just over 10 yen each.

Condoms are disposable and cannot be used repeatedly.

There are many different types of condoms, some of which are filled with lubricating fluid to prevent pain when the condom is inserted into the vagina.

The purpose of condoms

There are two main purposes for condoms: to prevent contraception and to prevent infection.

Many people are aware of the contraceptive purpose and use condoms with an understanding of their use.

However, surprisingly, people don’t care about the prevention of infectious diseases as much as contraceptive purpose.

When used correctly, condoms have an almost 100% birth control rate.

If you use condoms perfectly every single time you have sex, they’re 98% effective at preventing pregnancy. But people aren’t perfect, so in real life condoms are about 85% effective — that means about 15 out of 100 people who use condoms as their only birth control method will get pregnant each year.

The better you are about using condoms correctly every time you have sex, the better they’ll work. But there’s a small chance that you will get pregnant even if you always use them the right way.

However, if used incorrectly, they can significantly reduce the effectiveness as contraceptive.

Repeated use of condoms, wearing condoms in the opposite direction, or inserting a penis into the vagina and then wearing a condom only during ejaculation.

It is important to use condoms correctly because they are not as effective as they should be.

Chlamydia is one of the most common sexually transmitted diseases that can be prevented with condoms.

Chlamydia is an infection caused by the bacterium Chlamydia trachomatis, which is transmitted through mucosal contact.

This chlamydia infection can cause infertility and mother-to-child transmission.

These diseases can also be prevented by wearing the right condoms.

So wearing a condom can help protect both you and your partner.

Easy use of condoms

As I mentioned earlier, condoms must be used correctly.

The premise is that the condom should be placed on the penis while it is erect.

Be sure to put it on just before you insert it, because it is useless before you get an erection.

Open the condom. To prevent damage to the condom, shift it in the package and then open it.

Do not open the condom with pre-cum on your hand.

The procedure is just this.

There are three points to remember: “Do not confuse the two sides of the condom,” “Let the air out of the semen pool,” and “Keep the foreskin removed.

As long as you keep these in mind, you’ll be able to put on a condom correctly.

If you’ve never used one before, it may take some time to get used to it, but you can practice on your own.

There are actually many different types of condoms.

All of them have the same purpose, but if you use them in different situations, you can change your mind and enjoy them.

Sex with your partner can be a whole new experience.

Next, I would like to explain the types of condoms.

There are condoms called delayed condoms, which work to ease vaginal irritation and delay ejaculation for people with premature ejaculation.

These delayed condoms contain an anesthetic called benzocaine, which is used in local anesthesia, on the male side, and when you put it on, the anesthetic works and you feel less stimulation.

It takes 5 to 10 minutes after putting it on for the anesthetic to take effect, allowing you to enjoy sex for longer.

There is no need to wash off the anesthetic ingredients after use, and your partner is less likely to find out about your premature ejaculation.

Since it contains pharmaceuticals, you will need to import it personally or buy it through a pharmaceutical mail order or a shop where the drugs are sold.

“If you are suffering from premature ejaculation and want to satisfy your partner, this delayed condom is perfect for you. 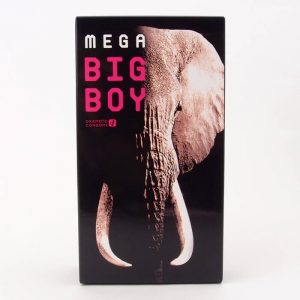 There are oversized condoms available for men who have a larger than normal sized penis.

Wearing a condom that feels too small can cut the pleasure of sex in half. It can also cause the condom to break during sex.

Oversized condoms are suitable for people with a larger than average penis size at the time of erection.

If you have a penis that is about 37 to 47 mm in diameter, you should use an extra-large condom.

Regular condoms are designed to be 31mm to 34mm in diameter, so if a man with a penis size of 37mm to 47mm wears a regular condom, it should be very tight.

Normally, most condoms are made from latex, which is derived from natural rubber.

However, when latex is reduced in thickness to this extent, its durability decreases, so the ultra-thin condoms are made using a material called urethane instead of latex.

Urethane is the same material used for car tires and other components, and even though it’s thin, it can retain its strength.

If you don’t like the “feeling of separation” when you wear a condom, or if you want to feel as close to the raw sensation as possible, this Extra Thin condom is a good choice.

Some condoms come with a sweet scent, such as chocolate or fruit.

These scented condoms reduce the unique rubber odor (latex condoms have a certain amount of odor) and make oral sex less of a burden.

Many people don’t like the rubber smell of these condoms in particular, so using scented condoms can make sex more fulfilling.

There are so many different flavors of scented condoms that you can find your favorite by trying different types of condoms. 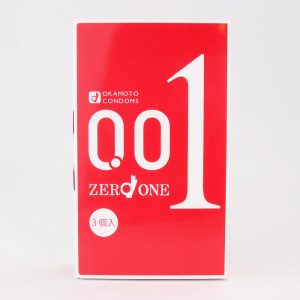 Condoms are generally made of latex, but there are some condoms that are made without latex.

In addition to the urethane extra-thin condoms I mentioned earlier, there are condoms that are made from a material called isoprene rubber.

The natural rubber tree from which latex is made is a natural material, which can cause latex allergies in some people. 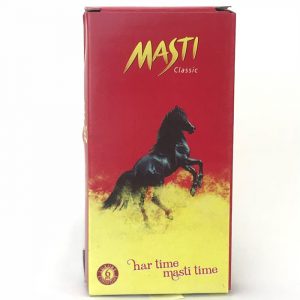 They come in two types: male and female.

They have no warts or folds and are straight and smooth.

They have no scent (they are latex, so they do have a rubbery smell) and are not filled with lubricant, so you can use them in conjunction with your favorite lotion.

It’s relatively inexpensive and has a large capacity, so it’s very cost-effective. 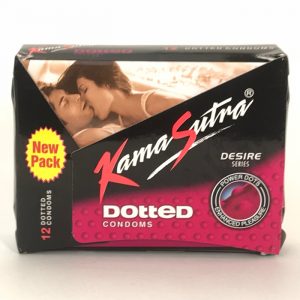 A textured condom is a condom that has warts and folds on the condom with the purpose of increasing the pleasure of insertion.

The warts and folds on condoms compress the vagina and help women to feel orgasms.

The texture also reduces the amount of pleasure a man feels and helps to improve premature ejaculation.

You cannot use it as a condom, but if you want even stronger stimulation, you can also use a penis sleeve.

The sleeve is thicker than a condom and is attached to the penis.

It is thicker than a condom, and the thicker the sleeve, the stronger the warts and folds will be.

A penis sleeve can also physically increase penis size if you choose a larger one, so it’s a good choice if you’re in a rut of having sex with your partner, or if you’re not sure about the size of your penis. 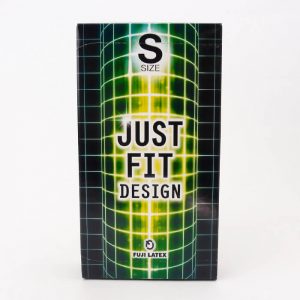 Smaller condoms are also made for people with smaller than average penis sizes.

If you’re having trouble with the commonly sold condoms because they don’t fit (do you find that the condoms come off your penis during sex?), or if you don’t feel pleasure as well as you’d like, it may be because the size of your penis doesn’t match the condom.

If your penis is between 21mm and 31mm in diameter when you have an erection, this small condom will make sex more comfortable for you.

How to choose a condom

The most important thing to remember when buying condoms is that they are the right size.

If the condoms are the right size, you can enjoy the benefits of condoms to the fullest and you can kill two birds with one stone by increasing the sensitivity during sex.

It’s a good idea to choose the right size condoms for the right purpose.

The most important factor to consider when using a condom is the “diameter” of the penis.

Please note that it is not the circumference.

All manufacturers differentiate sizes according to diameter.

When measuring your penis for a condom, follow the steps below to find out your penis size.

All you need is a measuring tape (tape type).

When using condoms, it is best to use them with the following four things in mind

The first and most important thing to remember is that condoms cannot be used repeatedly.

The safety of condoms is not guaranteed after one use.

They are only effective when used correctly.

Throw away the condom once it’s on and use a new one if you move on to the second or third round.

The next step is to use a condom that is the right size for your penis.

I told you earlier about the importance of using the right condom for your size.

In addition, make sure to use condoms with an expiration date.

Condoms have an expiration date that has been set with safety in mind.

After the expiration date, condoms may deteriorate, so it’s best not to use them.

Also, condoms are sensitive to oil and can be damaged by contact with oil.

Be careful not to touch a condom with hand cream or oily lotion on your hands.

Finally, condoms should not be worn on top of each other.

If the rubbers overlap and rub against each other, the condoms can be damaged.

If this happens, you will not be able to provide adequate contraceptive protection or prevent sexually transmitted diseases, so be sure to use a single condom.

It should not be used in conjunction with a female condom for the same reason.

There are many different types of condoms, and they vary in comfort. However, the purpose of wearing a condom remains the same.

To protect yourself and your partner, you should wear a condom when you have sex.

It is also recommended to use a condom when using a masturbator, for example.

If a penis is inserted into the masturbator as it is, there is a possibility that body fluids will adhere to it and cause it to deteriorate, or that germs will enter the penis and cause an infection.

Therefore, it is better to use a condom when using the masturbator.