The Kamasutra is a historical textbook on love in India.

In the book, there are about 64 sex positions introduced, and this time, I’m going to introduce 15 of the most popular positions that provide strong pleasure for both men and women.

Why don’t you learn the Best of Kamasutra and start enjoying exciting sex tonight?

Deepen the pleasure! The 15 most popular positions in the Kamasutra

Now let’s check out the most popular positions in the Kamasutra for deep pleasure!

For this reason, we have selected 15 positions for you to choose from.

The position of the wife of Indra

The position of the wife of Indra, the highest intercourse in the Kama Sutra, is one in which the man inserts himself from above while the woman lies on her back in a gymnastic sitting position with her legs held down by herself.

The woman’s legs should be attached to the man’s stomach. It is easy for both men and women to feel orgasms because they can penetrate deep into the vagina.

This position is recommended for people who are flexible, because those who have a hard body may find this position difficult.

In Thigh Master, the man lies on his back and stands on one knee, and the woman straddles the man’s thighs while standing on her knees.

And the woman sits down and inserts the man’s penis with the position like clinging to the thigh.

This Thigh Master position is one in which the woman is in control.

It can be very pleasurable as you can explore the points of your orgasm as you wish.

It is also recommended to give a man who is tired from other positions a rest or to serve him.

The Clasping position is a variation of the normal position.

The woman lies on her back with her legs stretched out to the left and right, and the man’s side is clamped between her legs.

You can see your partner’s face clearly, so it is ideal for loving sex with your partner.

The hands are held in each other’s hands as you enjoy penetration.

This is very difficult to understand from the image alone, but it is similar to the normal position.

Basically, it is a variation of the normal position, so there is not much difference in the feeling of insertion.

When a woman has an orgasm, she spreads and stretches her legs, so she will often be in this position naturally. 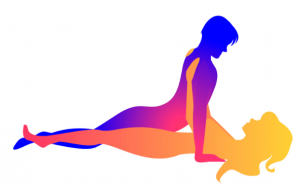 The pressing porition is just that, a man lying on top of a woman on her back and applying pressure.

This is an application of the clasping position, where the woman’s legs are spread wide apart and turned upwards, and the man’s legs are pressed down.

It is difficult to put power into the vagina because the woman’s leg is open like a crab straddle, but if the leg is extended as it is, the position is changed to one in which the woman can feel orgasm easily.

This is also recommended when you want to enjoy leisurely sex instead of moving vigorously. 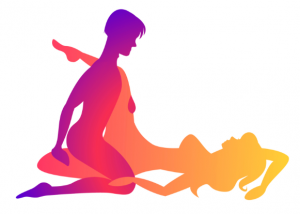 The half-pressed position is a straightforward transition from The pressing porition, where the man holds the woman with one leg folded over her chest with the soles of her feet on her chest and holds her in.

This position is also ideal when you want to lead a woman to a portio orgasm, as it is easy to penetrate deep into the woman’s vagina.

It’s easy to penetrate deep into the vagina, so it’s important to note that women tend to feel pain if you do it hard or hard.

So many different types of positions are recorded in the Kamasutra sex position, as even those that don’t differ greatly from one position to another are counted as one position.

The top is now known as the cowgirl position, and there are three stages in the top, the first one, the second one, and the third one, in which the woman twirls around on top of the man and enjoys it. The details of each stage in the order are as follows

1.The first stage. Basic top position. You sit astride a man lying on his back, sit down and insert the man’s penis. 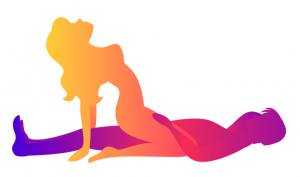 2.Next, the second stage. Once you have enjoyed the first stage of penetration, turn around on top of the man with your penis inserted. Carefully turn backwards to avoid causing pain to the man’s penis. This second stage is the rear-facing cowgirl position, which is still very popular today. 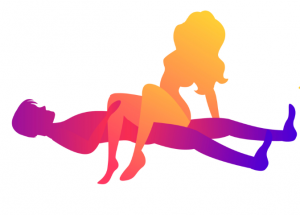 3.The third and final stage. Once you have enjoyed penetration in the second stage, you should rotate back to the position where your face is facing the man’s face again.

4.Repeat this in succession for as long as you want. 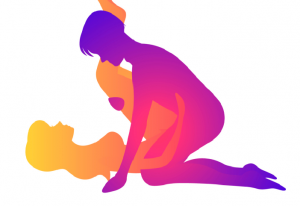 The rising position is the position that a woman who lies on her back puts both legs on the man’s shoulder and inserts them deeply.

The rising position seems to indicate that the woman’s legs are rising. In modern times, it is often called the bending position, which is very stimulating for both men and women.

Side-by-side clasping position is where the man lies on his side with his right hand on top and the woman faces him.

The reason why it is even specified that the man’s right hand should be on top is because the right hand is the dominant hand of most people.

It doesn’t matter which side is up, it’s still a relaxing position to be in.

As long as you do it in a mutually acceptable direction, I think it’s a good idea. 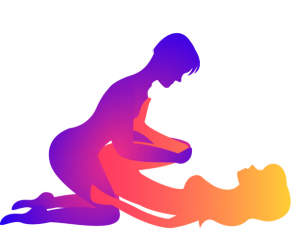 The crab’s position is the Rising position, in which a man holds a woman’s knees with both legs down and bent like a crab’s claws.

In this position, you can penetrate deep into the woman’s vagina, so it is easy to stimulate the portio.

It is also relatively easy for a man to move and enjoy penetration for a long time.

It is a good position for portio development because it is easy to insert for a long time and stimulate the portio.

The MARE’s position, called the mare’s position, is where a woman straddles a sitting man with her back to him with her legs outstretched.

This position allows the woman’s vagina to be tightened, which makes it easier for the man to orgasm and is also very stimulating.

Both men and women can easily get pleasure from this position. 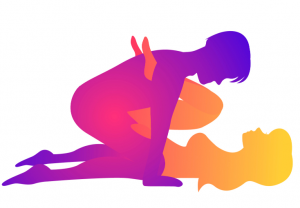 The lotus-like positionspan is one in which the woman brings her right leg as close to her belly as possible and the man presses down and covers her with it.

It’s just like a lotus flower, which is probably why it’s called The lotus-like positionspan.

This position is very similar to the positions commonly used in yoga, so those who are familiar with it will find it easier to work with.

It will probably be difficult to maintain for long periods of time, so it is recommended that you incorporate it as an essence when you get bored of other positions.

The Elephant posture is the position where the man presses down on the woman lying on her stomach and the man leans his upper body back.

It’s a variation of the lying-back position, but it’s a very pleasurable position, and it’s easy for the woman to have an orgasm.

However, it is a little bit difficult for a man, so you should be careful if you have a disease in your spine or waist.

The widely opened position is where the woman lies on her back and the man inserts himself into her in the normal position and the woman lifts her hips up to create a space underneath her buttocks.

The shoulder blades are still attached, so it’s not the same as the “bridge” position, but the image is similar.

For this reason, it is a good idea for people who are more of an outside orgasm person to try to adopt it.

It’s also stimulating to look at, as it makes you float your hips.

It is a position to show that you are willingly engaged in sex.

The following procedure is a smooth way to do the

1.Start in the basic normal position. 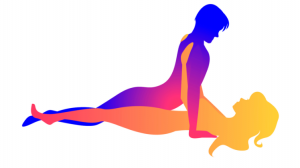 3.The final stage is just the six-nine position. Enjoy the penetration. 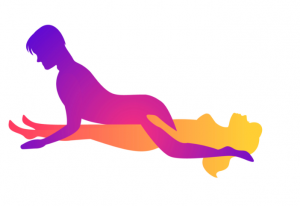 This is a great way for couples who tend to be in a rut to have sex.

However, in the final stage, the man’s penis will be in a position where he is facing almost directly down, which may be a little painful in some cases.

In both cases, it is important to take it easy. 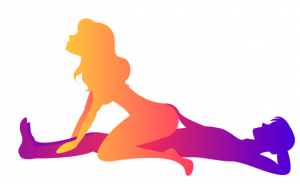 The swing is a man sitting with his legs outstretched and straddled with his back to the man.

The man can lie down and the woman should bend her back as much as possible.

Now, let’s take a look at some sex toys that will help you enjoy the Kama Sutra positions even more!

Kaamastra Fifty Nights Of Naughtiness – Kheper Games is a game where you roll the included dice and use the shades that come up to decide what to do next during sex.

If you’re just doing the Kaamastra positions, it’s not stimulating enough, but if you use this type of toy, you’re sure to have a more stimulating night.

This is the one I recommend.

Kaamastra Sex Position Dice is a toy where the position of the Kaamastra is drawn on the dice, and you can enjoy the position that comes out.

Here is the final one.

Kaamastra 10 Pleasure Coupons For Him is also a toy that contains 10 coupons with Kaamastra positions written on them.

When you want to try a new position, it’s often difficult for a woman to express their desire.

That’s when the Kaamastra 10 Pleasure Coupons For Him can help you suggest new positions without feeling embarrassed!

If you’re a woman who is interested in Kaamasutra, but you’re not sure if you want to suggest it, this is the toy for you.

In this article, we have introduced you to the Vatsyayana Kamasutra by Mr. Vatsyayana, with a special focus on the sex position.

We hope you will make use of the sex positions in the Kamasutra, a long-time favorite in India, to help you create a good relationship with your partner.