Do you know a lot about orgasms?

Moreover, orgasm is not all the same male and female.

Understanding the difference between the two can help you have a more harmonious relationship with your partner and lead a more fulfilling sex life.

What is an orgasm

An orgasm is a sexual climax accompanied by a feeling of euphoria and great pleasure.

It occurs when sexual stimulation of the penis or vagina causes the muscles around the pelvic area to repeatedly contract at short intervals, releasing blood and muscle tension all at once.

Both men and women feel a strong sensation of pleasure at this time.

The released muscles are relaxed and the limbs become slack and weak.

The heart rate increases and breathing becomes shallow and rapid. As a result, the brain does not get oxygen to the brain when you feel the orgasm and in some cases, you may faint.

Usually genital stimulation (penis for men or clitoris for women) causes orgasm, but if you are aroused by sexual dreams while you are asleep, orgasm can be triggered without physical stimulation.

Stimulation of the nipples or other sexual zones can also cause orgasm, but this is rare. In their lifetime, 80% of men and 40% of women will experience an orgasm in their dreams.

Not all people can feel orgasms evenly. Some people have anorgasmia, in which they cannot feel orgasms no matter how much sexual stimulation they receive.

This is more common in women and is a cause of distress. Some suffer from it and are so reluctant to have sex.

However, in some cases, you may not really have anorgasmia, but you may believe that you do.

We’ll talk more about this later, but it may be because women often need to develop their sexual orgasms in order to feel orgasmic, and that’s why. 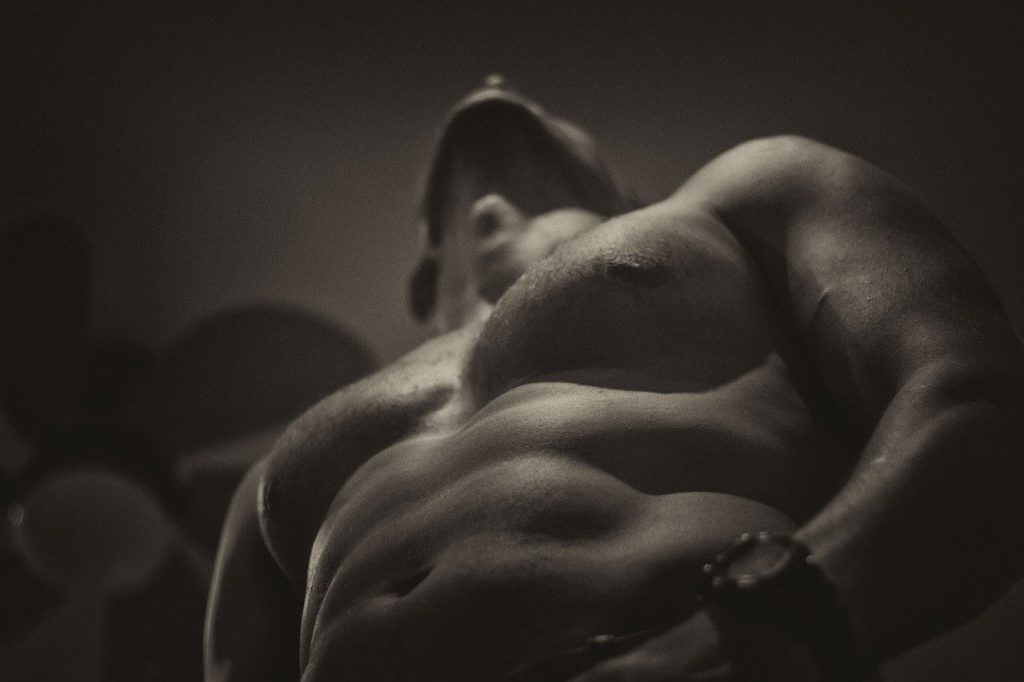 When a man has an orgasm, it is often accompanied by ejaculation, which is called a wet orgasm.

In contrast, orgasms without ejaculation are called dry orgasms.

When a man feels a wet orgasm, the muscles around the pelvic sphincter, prostate, and penis contract rapidly, causing semen to be released through the penis.

When you feel a dry orgasm, it’s a little different.

Boys before they experience Spermarche will inevitably have dry orgasms. Sexual dysfunction can also lead to dry orgasms in some cases. 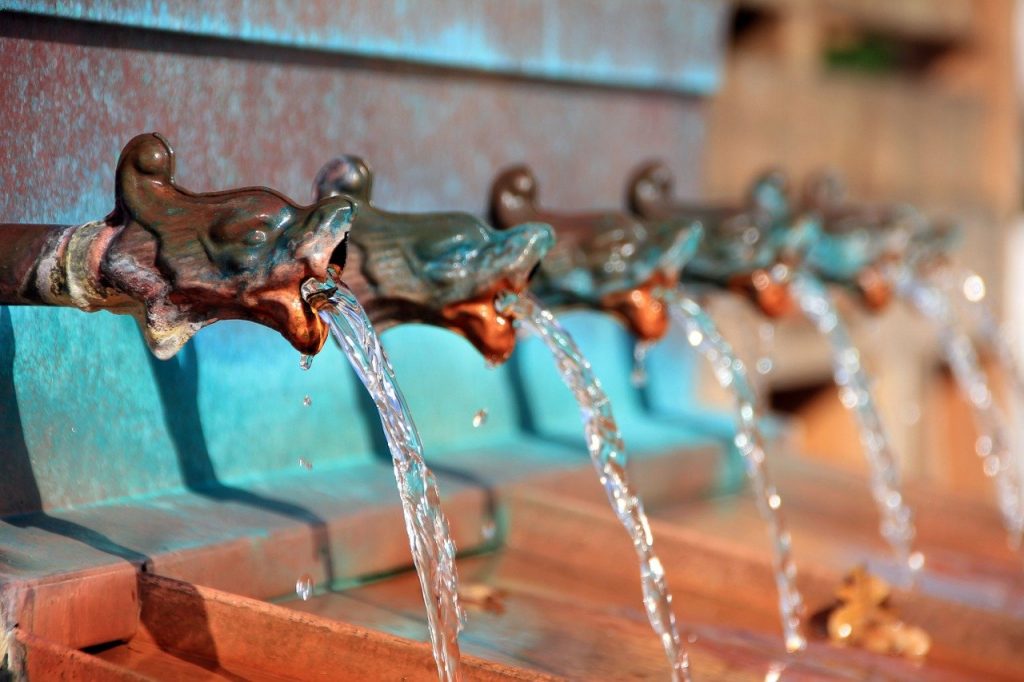 A male orgasm with ejaculation is called a wet orgasm.

Most people have an image of ejaculation when a man has an orgasm. But this was one form of male orgasm.

After a man has a wet orgasm, he has a period of rapid arousal and cooling down.

This is called the refractory period (post-cum clearity) and is inevitable in male biology.

It comes from the rapid release of the hormone prolactin after ejaculation.

When humans were still living close to wild animals, even during sex, they could be attacked by other carnivorous wildlife.

Therefore, men, who had the role of protecting their families and villages, were expected to take a sober perspective as soon as sex was over.

This is why the refractory period comes immediately after ejaculation.

On the other hand, however, the stronger the refractory period is, the more oxytocin (also called the love hormone) is released along with prolactin, and the more affection is felt by the partner after sex. 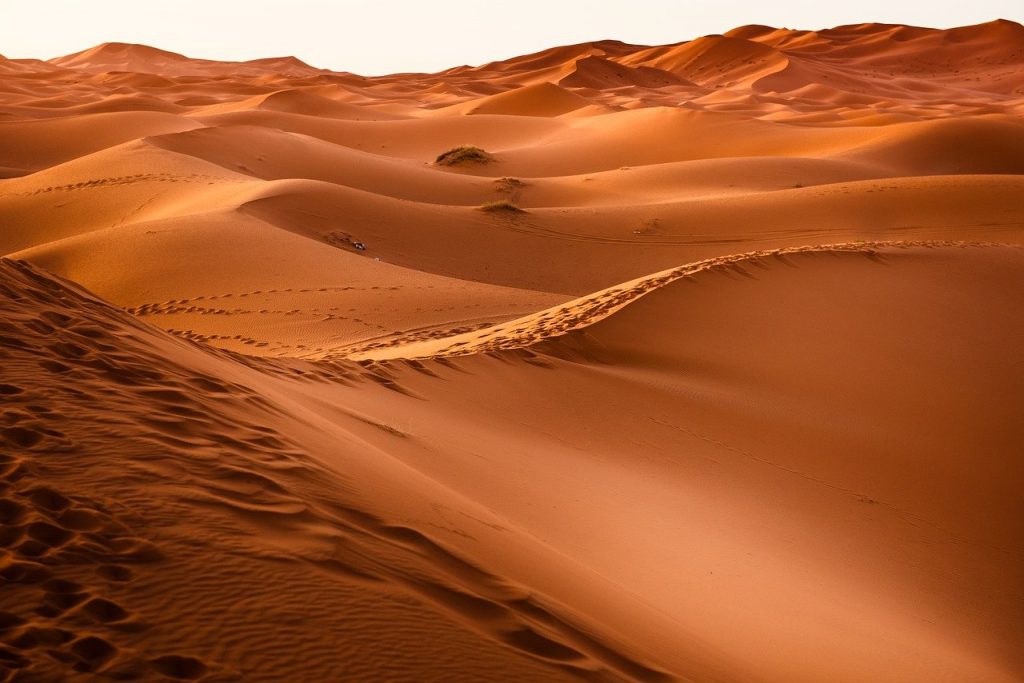 Dry orgasms are caused by stimulation of the prostate gland, also known as the “male G-spot”.

The prostate gland is an organ found only in men and has a vital role in helping to produce sperm and maintaining the quality of sperm.

Although not externally exposed, it can be stimulated by inserting a finger or toy through the anus.

Normally, wet orgasms do not allow for continuous orgasms. However.

With dry orgasms, which are felt by stimulating the prostate gland, you can have as many consecutive orgasms as a woman can have (multiple orgasms).

Many men become addicted to this multiple rush of pleasure.

In order to feel a dry orgasm, it is essential to develop the prostate gland.

It’s more like keeping the toy against the prostate rather than moving it in and out.

The development of the prostate gland takes quite a long time, sometimes several months for those who have been doing it for a long time. 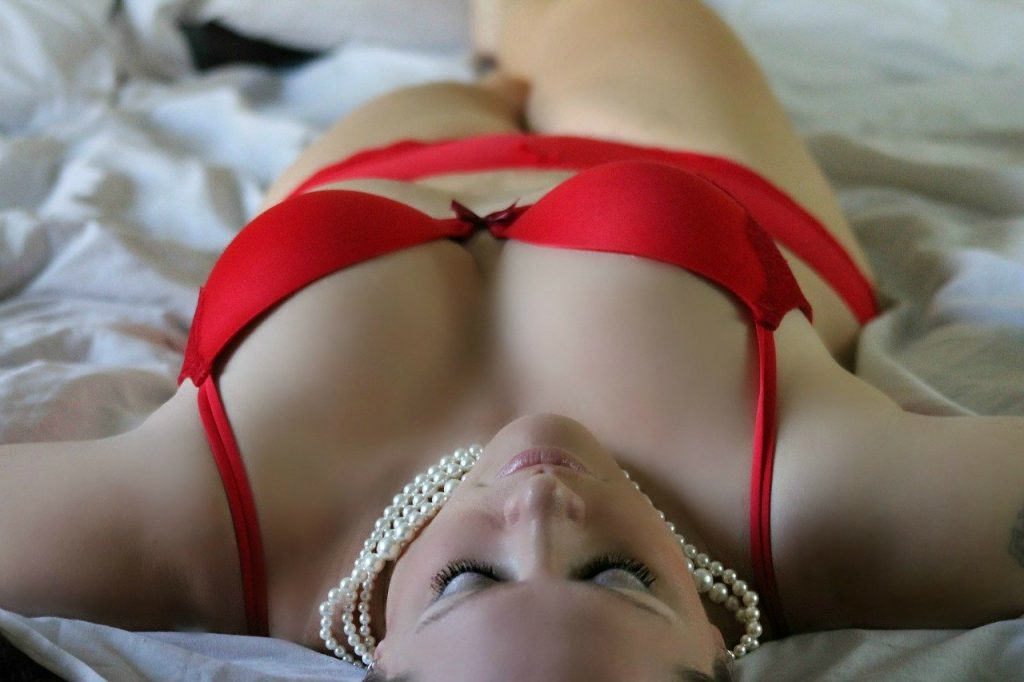 Moving on to an explanation of female orgasm.

External orgasm is easier than internal orgasm, and many women who can come inside can’t come externally.

Since then, other doctors and scholars have unraveled female orgasm through various discussions and studies. But female orgasm, which is still a mystery to this day, is an interesting thing. 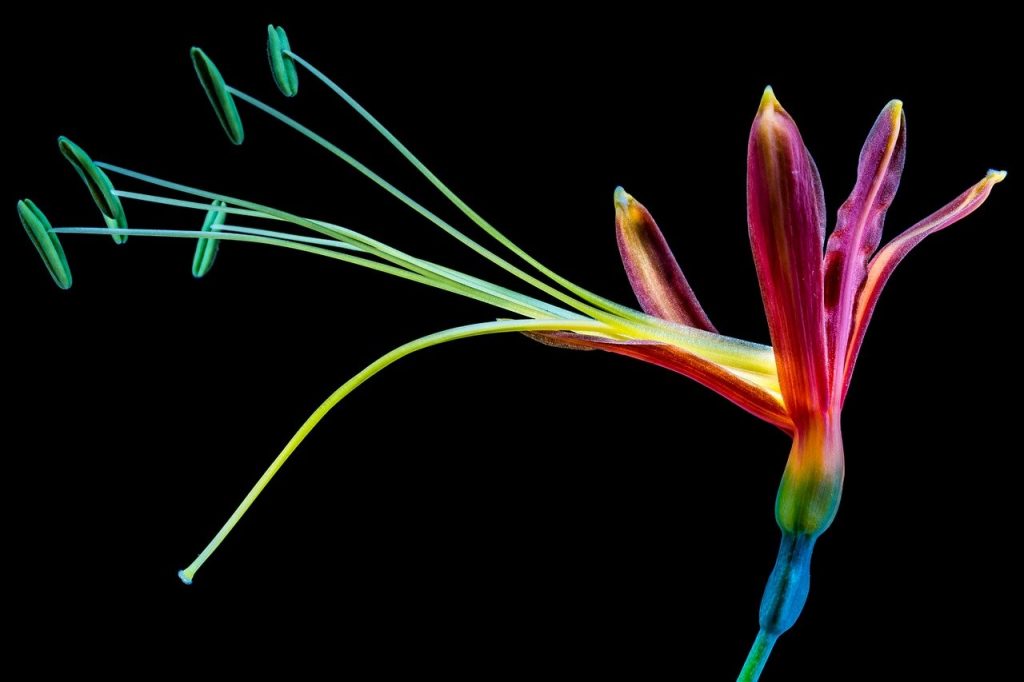 The orgasm felt in the clitoris, the female sex organ, is called external orgasm.

The clitoris, located near the entrance of the female genitalia, is an organ that serves much the same function as the glans of the male penis and is thought to be there solely for the purpose of feeling pleasure.

The pleasure felt by the clitoris is almost identical to that felt by a man through ejaculation. It is an eye-opening sensation, like electricity flowing through the lower body.

After you feel an orgasm in your external orgasm, there is no lingering sensation, but a crisp and momentary sensation.

You don’t need to develop to feel an orgasm on the clitoris.

This is because it is a very stimulus-sensitive organ, so even the slightest stimulation can cause you to feel pleasure. 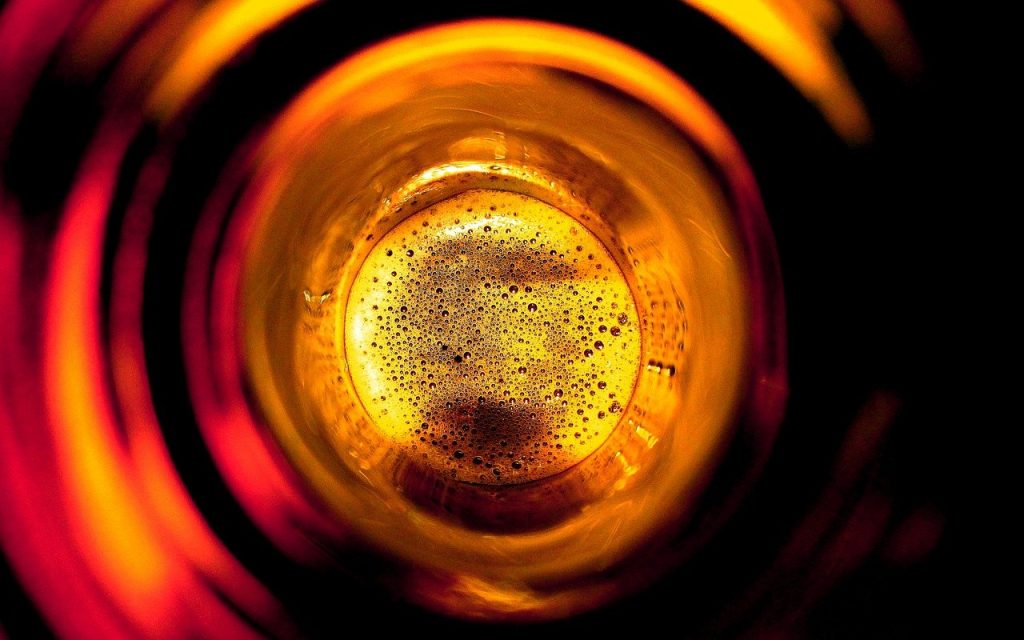 Strictly speaking, there are more sexual zones in the vagina, but these are the two main areas of pleasure.

The G-spot is one of the most famous sexual zones, along with the clitoris, so you may have heard of it.

The G-spot can be a little confusing because it refers to an area, not a point, but an area. It is made up of a tissue called the urethral sponge and when stimulated, it can make you want to urinate.

Strictly speaking, the urge to urinate that you feel at this time is not from urine, but rather from a love juice called squirt; the G-spot is not initially pleasurable when stimulated, but rather develops into an orgasm as it is continuously stimulated.

The portio is a pudgy organ in the vagina that goes from the vaginal opening to the farthest point and ends at a dead end.

At the time of birth, this opening of the cervix opens and the baby comes out of the womb, but it is normally closed tightly.

The portio is also not an organ that feels orgasmic at first, but as it develops, it becomes a strong orgasmic sex organ.

However, only about 10% of women are able to feel orgasms in the portio. 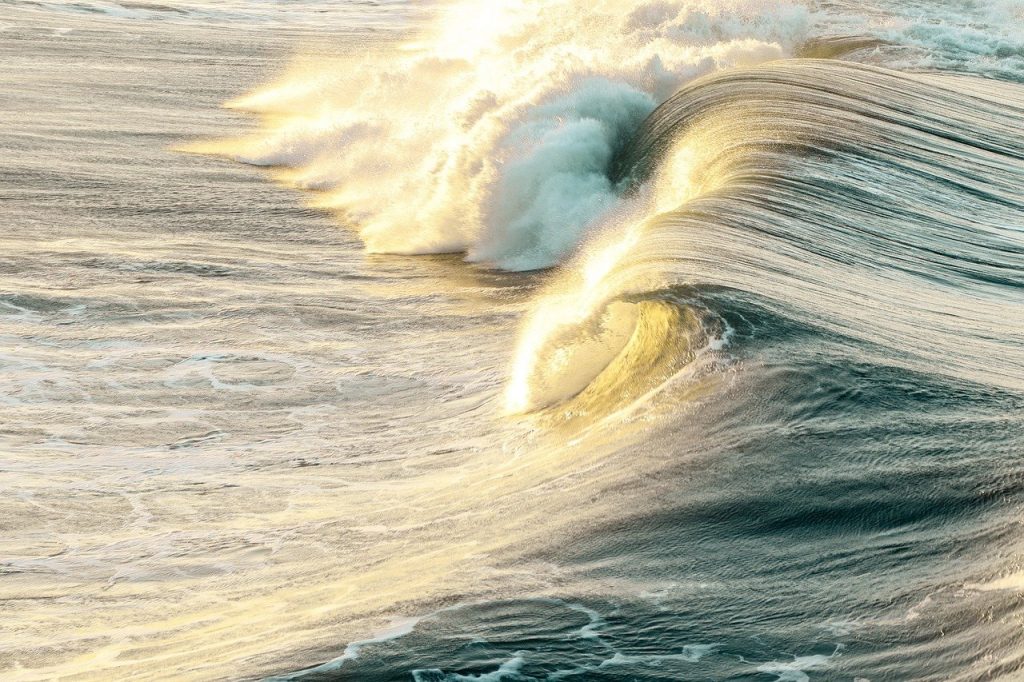 The best time to feel multiple orgasms is in the middle come.

Porcupine orgasms in particular leave a great afterglow of pleasure, and when you orgasm again in the afterglow, you will be in a state of ecstasy.

It is important to understand that the way you feel orgasms varies greatly between individuals.

The difference between men and women’s orgasms

The way men and women feel about orgasms is very different. From the object of arousal to the way we feel pleasure, they are different.

If you don’t understand these differences and live a normal life, it’s only natural that there will be misunderstandings and differences of opinion about sex.

Next, I’ll explain what exactly the differences are between the orgasms of men and women.

Difference in ways in which they get aroused

The object of excitement for men and women also changes.

Most males are aroused by a sex scene featuring a female romantic partner, while females can be aroused regardless of the gender of the characters.

If anything, women are more imaginative and good at fantasy.

It is often said that women have orgasms in their brains, and I think this makes sense, don’t you think?

In ancient times, men were originally creatures that hunted outside.

Therefore, they are very good at following a moving object with their eyes and judging it by its smell.

In contrast, women’s role was to raise and protect their children in the village. They are very good at listening, communicating and imagining things.

I believe that these vestiges of the past are also related to orgasm.

Does a woman feel ten times more than a man?

It is said that women feel 10 times as strong a sense of pleasure during sex as men do.

However, this is only for women who are able to develop orgasms.

However, if women can learn to feel orgasms, they can feel so much better than men.

It’s also the women who make the pleasure last longer.

While male orgasms last only a few dozen seconds at most, women can feel orgasms for tens of minutes at most.

If you continue to feel orgasms for several tens of minutes, it might affect your health a bit, but this is not a problem.

As a side note, orgasms can have a positive effect on both women and men. More on this another time….

The difference in sensory sensitivity between men and women

The perception of sex also differs between men and women.

Whereas men have sex to pursue pleasure (or physiological needs), when women have sex, it is often to confirm affection or to be aware of their relationship with their partner.

Of course, this does not apply to all people.

The importance of understanding how men and women feel their orgasms 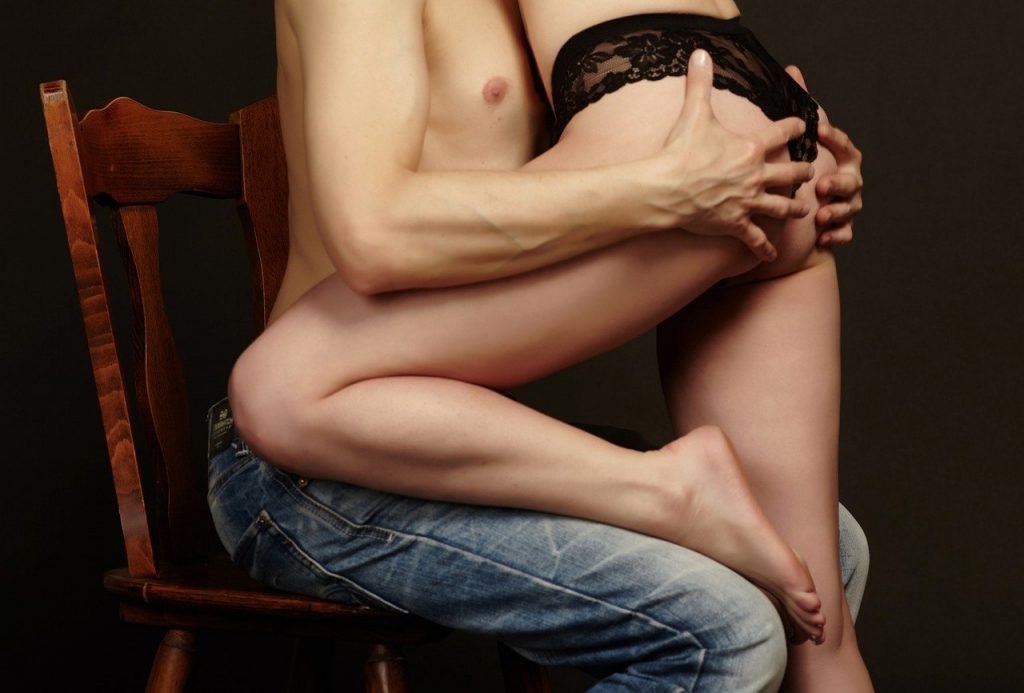 As I told you above, men and women differ in everything from the object of their arousal to the way they feel pleasure and sensitivity. Understanding these differences in each other is essential for an amicable relationship with your partner.

Let’s explain each of these in detail.

Building Trust with Your Partner

Understanding the differences between men and women’s orgasms can help build trust because you can show your understanding of your partner without forcing your partner to do anything about it.

For example, if you understand that men have a refractory period after ejaculation due to the hormone prolactin, you can say, “I want to have sex with you again, but you won’t! I don’t have any affection!

If a man understands that a woman’s sexual zones need to be developed, he will not say, “Why can’t I have an orgasm even if I use all my techniques?

If a man understands that a woman’s sexual zone needs to be developed, he won’t be in a hurry to ask “Why can’t I have an orgasm with my technique?

This kind of mutual understanding leads to building trust with your partner.

Improving your technique also progresses more when you understand the differences between male and female orgasms.

Technique is not something that can be managed by simply making the most of your skills.

You need to know the point of your partner’s feeling, the intensity of feeling, the situation, etc., and use it appropriately.

If you don’t understand how the other person feels, it’s just complacency.

In this article, I explained the difference between male and female orgasms.

Men have ejaculations…and many of you may have had a vague understanding of them.

there are different types of orgasms, and knowing how they feel together can help you understand your partner better.

Understanding how men and women feel about orgasms can help you have better sex than you do now.

Click for sextoys for couple
What is a women’s sex toy? Explaining the different types, their appeal, and how to choose!
“You can’t go wrong with this one! The guide of masturbators for women